A journey that changed my life.

Jonathan tells powerful stories of faith, love, and family, using his evocative voice and intimate lyricism to build meaningful connections with his listeners. Not confined to a single genre, he combines elements of pop, rock, and folk to create his emotionally stirring sound. He is an artist of rare candour and authenticity, one who puts his entire heart into every song he writes.

Jonathan was born in Canada. He started his life as a musician being taught the songs of Gordon Lightfoot by his mother, on a guitar purchased by his father. As he grew up, his tastes began to expand dramatically. Discovering Joe Satriani was a seminal event in Jonathan’s life, and he quickly became obsessed with the guitar. He became a mainstay on the Victoria rock scene, both as a solo artist and a founding member of iRiS, opening for big name acts and establishing himself as a dynamic performer.

Eventually, Jonathan’s dream led him to Vancouver. That dream, however, would have to be deferred, as he fell in love, started a family, and began a new career as a police officer. For twelve years, Jonathan devoted himself to his work and his children, allowing music to become a thing of the past. However, when his life fell apart a few years later, music was there to save him.

In 2017, Jonathan’s marriage collapsed. He was suffering from severe depression and found himself unable to continue working. With nowhere else to turn to, Jonathan surrendered himself to God. He spent countless hours in prayer, finding hope in the teachings of the Bible. As his broken heart began to heal, Jonathan felt newly inspired, and with guidance from above, he decided to return to his first love – music.

to you of what will be yours

The songs that Jonathan writes are a testament to the power of the human spirit. He explores the depths of his soul, turning his own loss into universally resonant messages of faith. Jonathan’s songs are performed with the conviction of a man who has hit rock bottom and still found the strength to carry on. With new music expected in 2022 and beyond, Jonathan is devoted to using his voice and music to inspire listeners around the world. 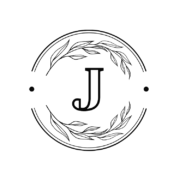